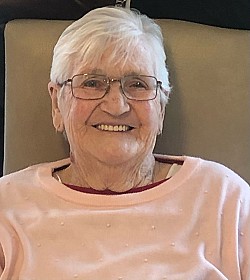 May she rest in peace.

Removal on Tuesday morning (September 20th) to St. Patrick’s Church, Celbridge arriving for Funeral Mass at 10 am followed by burial in Shanganagh Cemetery.

Mary’s funeral service may be viewed online (live only) by following this LINK.

Messages of sympathy and condolences for the family may be left by selecting Book of Condolences over.