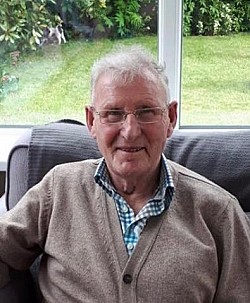 May he rest in peace.

Martin’s funeral service may be viewed (live only) by following this LINK. Messages of sympathy and condolences for the family may be left by selecting Book of Condolences.

Thoughts of the Thomas family with you all.

Sheila and all your family. So sorry to hear of the passing of your dad our prayers and thoughts are with you all.